10km was missing and we went to find it. It was somewhere lost in the hills, behind a protective bureaucratic barrier, that was to prove unassailable…

This year we’ve decided to change the Annapurna 100’s 100km course to finish in the same location as the 70km and 50km courses, in the small village of Birentanti. There are several reasons for this, including more trail and less road, but the greatest benefit is camaraderie. By finishing in the same spot, it means that all runners can have the same welcome as the 50 and 70km runners in the mini village square. It’s good for the villagers too: they (and the other villagers) put a lot of effort into making the race a success and they can get a little reward by ‘fooding’ us and lodging us.

But this change means we had to remake the course and search for an extra 10km. Unfortunately a permit mix-up meant we could not enter the Annapurna Conservation Area for more than a day, so we’ll have to return to fully check the proposed trails, which take the race deeper into the hills, to the beautiful village of Chomrong.

Still, we had a good run up to Ghandruk and enjoyed the lushness of the monsoon vegetation which is quite different to how it looks in January. The Birentanti – Ghandruk route will form the last 20kms of the 100km run which for most 100k’ers will be in the dark!

A few pictures below from the trails, including a fabulous sunburnt circumambulation of the Fewa lake in Pokhara.

Thanks to Peter Gijsels for the action photography. 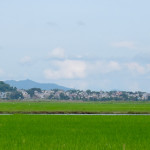 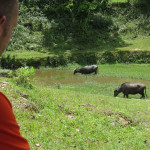 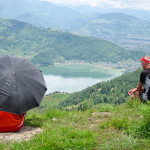 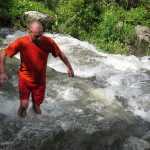 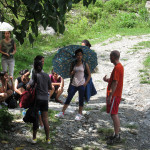 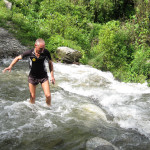 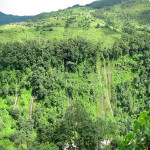 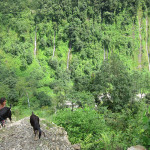 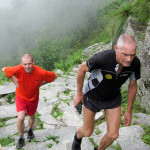 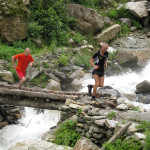 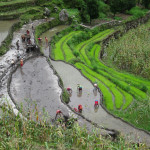 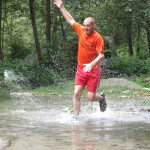 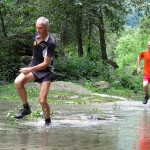